Calculating the Cost of Robotic Gridlock

US academic Adam Millard-Ball’s discussion of how to price congestion caused by autonomous vehicles has given Jason Benjamin food for thought:

The most effective way to combat the threat of gridlock as self-driving cars become more common is through congestion pricing, suggests new research. The ability of autonomous vehicles (AVs) to cruise will blur the boundary between parking and travel, says a study by transportation planner Adam Millard-Ball, an associate professor of environmental studies at the University of California, Santa Cruz (PR March 2019).

Adam Millard-Ball’s article mirrored a particularly heated conversation I had with one of the directors of a virtual parking management company in 2017, who said town centre car parks will become redundant once AVs becomes the norm in the near future, and will likely be sold for development, and as a result, councils will lose their car parking income (but will have capital receipts).

More contentiously he inferred that councils would no longer have significant car park incomes.

My response to this is to first state, perhaps naively, that we are a long way from this scenario. I would also point out that local highway authorities will still need a similarly sized revenue stream to fund essential services. If they are going to see a significant reduction in their town centre car park income they would be forced to consider other ways to recuperate this loss.

This could start with charging AVs to travel in and out of town centres and within residential districts if owners chose not to park in town centre car parks. In most cases, highway authorities would also have to consider the costs of residential parking permits for AVs that return to the origin of journey if within the same conurbation (i.e. residential areas) and impose street parking fees to prevent cruising. 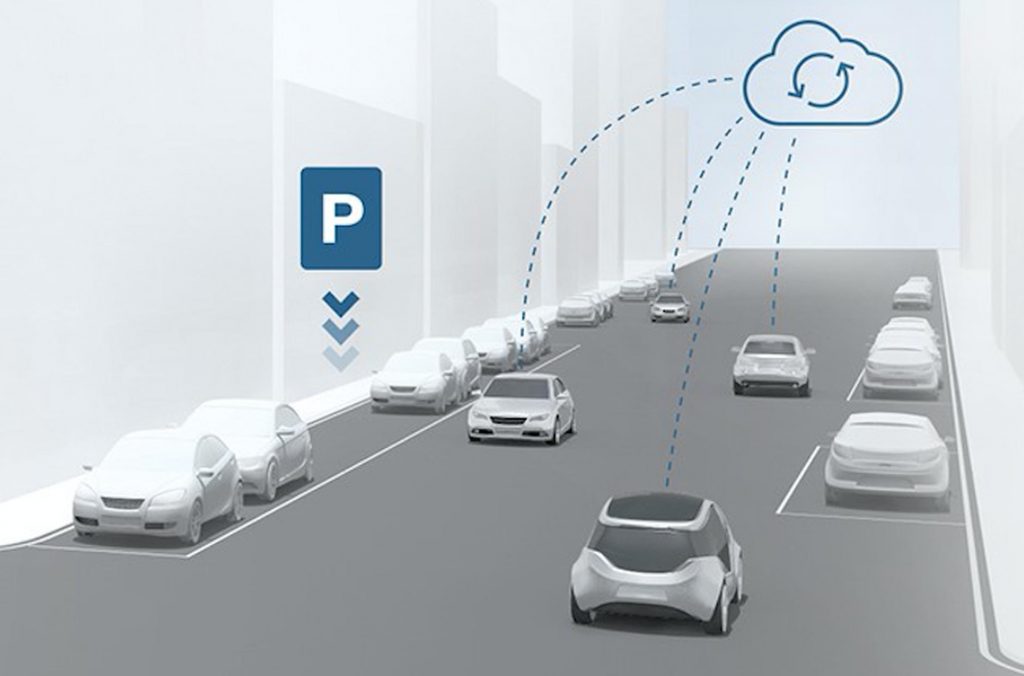 AVs will change the way the kerbside functions

Attending the Parking & Property 2019 conference, held in London last May, I realised that this could all happen sooner than most transport professionals think.

For example one of the speakers, Dr Micklos Kiss, head of Audi’s autonomous driving pre-development team, stated that AV technology has six levels of progression, which were classified by the Society of Automotive Engineers (SAE) back in 2014. Level 0 is a world with no automation and Level 1 involves some driver assistance. Level 5 would be world with completely driverless automated systems. Dr Kiss referred to Level 5 as “pure science-fiction”.

Dr Kiss stated that as of 2019 car manufacturers had already tested and reached Level 4 – ‘high automation’ – whereby AVs could drive themselves most of the time. This infers that AVs would drop off drivers at or near their destination and return to the origin of journey within the same conurbation.

Therefore, the AV world is perhaps closer than we think and one option for highway authorities to consider if cars are cruising and not parking (and paying) would be a cruising permit fee to reduce congestion and compensate loss of car park income.

However, it is possible that for those authorities that are not responsible for the highways, AVs could have the potential to significantly reduce their car park income within the next 10-15 years without the same revenue replacement options afforded to highway authorities. How many local authorities are planning for this scenario? It is likely when the penny drops, such authorities will lobby central government and highway authorities for compensation.

I strongly agree with Adam Millard-Ball that the boundary between traveling and parking will be blurred when AVs become the norm. Without regulation and pricing structures, AV traffic gridlock may be inevitable and AVs may not reduce current traffic congestion levels.

Time-based pricing structures should be considered (or even made compulsory) as a solution to avoid gridlock scenarios in an unregulated environment; caused mainly by those AVs instructed to find non-congestion charge routes during peak times, and by those AVs returning to origin of journey in residential areas looking to park on-street where parking provision and capacity is limited. Adam Millard-Ball’s article infers that such pricing structures will be a necessity to avoid gridlock.

If it becomes compulsory for all AV-owners who need to travel at peak times and park on-street to purchase travel and parking permits issued by highway authorities, these authorities will inevitably consider the impact on their car parking income budget when setting prices (back to the first point).

Interestingly, Millard-Ball’s study seems to reflect concerns just for commuter drivers, but more research is needed to consider the effect of AV commercial vans and lorries into the potential gridlock scenario mix. Such research could look at whether it should be compulsory for AV commercial fleets to also buy permits for travel and unloading purposes in towns and cities, and consider what such charging levels should be?

Policy decision-makers may need to consider whether this income stream could subsidise AV parking permit costs for residents because a key future concern to resolve is how to assist those who buy an AV with Level 4 technology but cannot afford the travel/parking permits for their drop-off points?

There is a risk that many people and small businesses could find their level of mobility and access to markets severely restricted. In such a scenario, AV car clubs or shared mobility fleets are likely to become the norm and individual vehicle ownership could become a thing of the past.

One final point, that was not considered in the article and requires further research is that the boundary to what is classed as parking and what is classed as drop-off/set-down will be blurred further by AV technology. Set-down fees could replace parking fees as the norm in the next 10-15 years. We know this is already happening at airports; how long will it take for shopping malls, high streets, leisure parks, hospitals and universities to follow suit!

Jason Benjamin is a parking professional and local authority parking manager. The views expressed in this blog are personal views, not those of his employer, and were originally published in TransportXtra/Parking Review.

Artificial intelligence and machine learning influence our experiences of the public realm in all sorts of ways. Over the past 10 years, urban tech businesses […]

On September 9th we will be casting a spotlight over the North of England, hosting our speakers discussions on how the latest digital innovations can help overcome the transport and mobility challenges faced by city-regions of the Northern Powerhouse and beyond.