Air pollution is everywhere. It’s a local, regional and global problem: This blog addresses the impact of air pollution on our health and the measures we can all take to decarbonise our planet.

According to the most recent estimates from the European Environment Agency (EEA), fine particulate matter (PM2.5) continues to have the greatest health impact, with links to diseases like cancer, Alzheimer’s, Dementia and type-2 diabetes

Air pollution is everywhere. It’s a local, regional and global problem. The release of polluting gases and tiny particles into our air. Some are more harmful than others. Particulate matter, nitrogen dioxide and ozone are among the most damaging types of air pollution.

The quality of air varies considerably across the United Kingdom. In general, higher amounts of air pollutants are seen in the majority of UK towns and cities, where factors such as traffic congestion are more concentrated.

Being exposed to long-term substances of air pollution leaves the human body vulnerable. Our insides are being attacked, often without our knowledge.

This attack is accelerated by local sources of air pollution, such as your walk after work alongside a busy road.

Yet, so many of us live in blissful ignorance – unaware of the very real threat of air pollution. 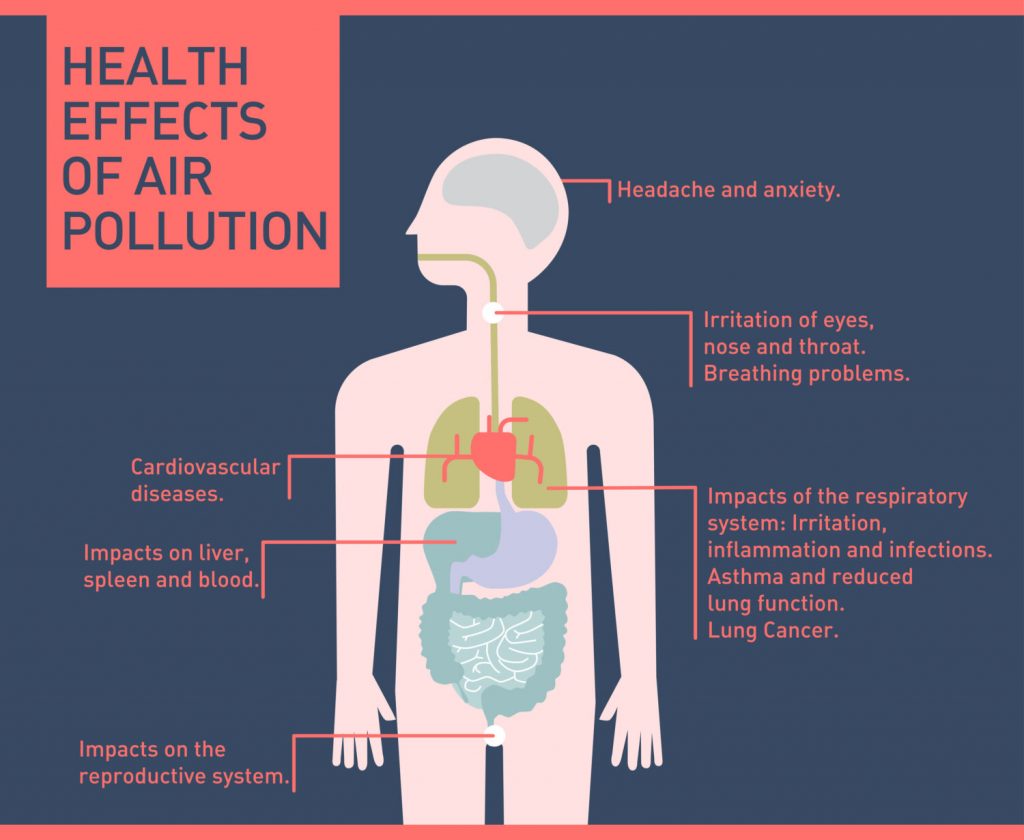 Where does air pollution come from?

The most common types of air pollution are Ozone and Particulate matter.

Ozone results from a series of complex chemical reactions involving oxides of nitrogen (NOx) and volatile organic compounds that are dependent on sunlight and temperature. Days of glorious sunshine and hot blue skies generally emit higher concentrations of ozone levels in contrast with night-time. to learn more about Ozone pollution.

Secondly, particulate matter (PM) is made of very small particles of solids and liquids that we breathe in without realising or seeing. Their microscopic nature means they can easily enter our bloodstream and attack different parts of the body.

These emissions are damaging our health quite significantly. 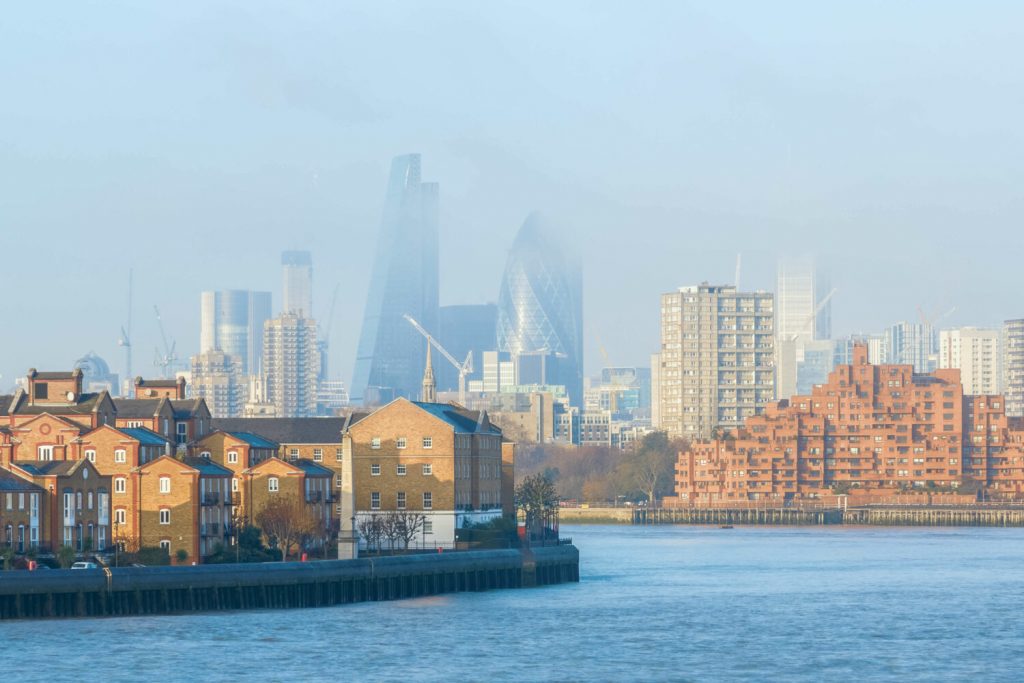 How air pollution is harming us

Particulate matter can harm people in many ways, with health effects among the elderly, children, and people with pre-existing health conditions being particularly severe – though pollution is hurting us all.

Children are particularly vulnerable due to their immature and in-development respiratory systems which regularly creates permanent health problems. They also have a much higher pollution loading in terms of pollution per kg of body mass.

To put this into perspective, imagine a child’s and adult’s airways as one narrow straw and one thick straw respectively.

The person drinking through a narrow straw will need to sip their drink more often to access the same amount of water.

The same is true of children and their airways. They need to breathe more rapidly to preserve enough oxygen capacity in their body. Therefore, when exposed to poor air quality, children are inhaling far more pollutants than adults. 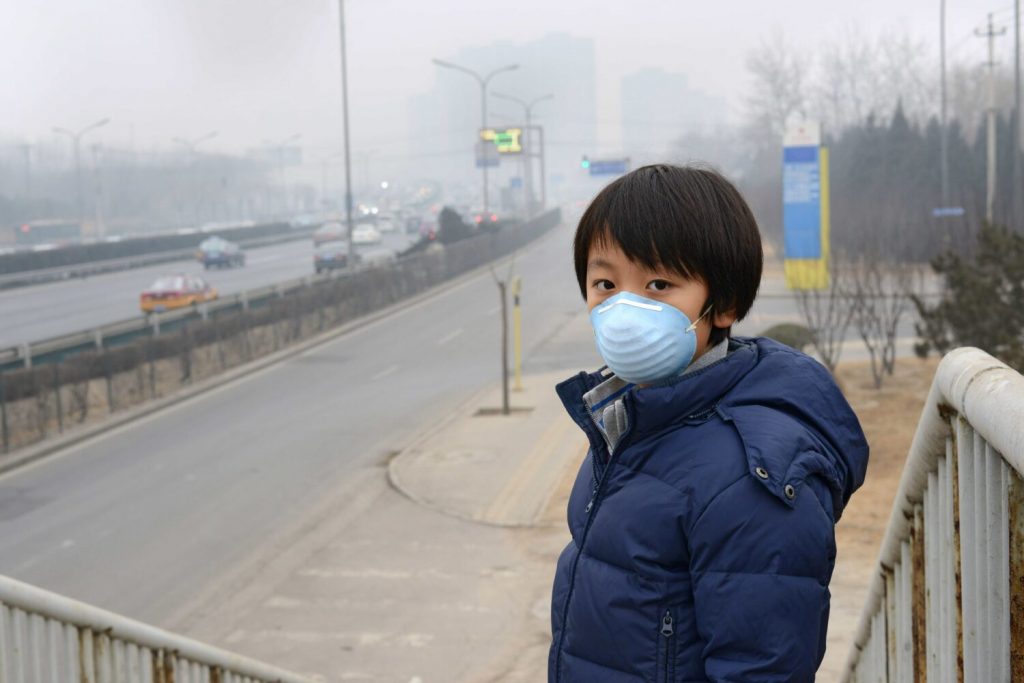 Further to this, particularly small children are even more vulnerable to air pollution due to their height or if they are sitting in prams. This leads to closer proximity to vehicle exhausts and the intake of air pollution at a far higher rate

With congestion, a known issue in urban environments that causes the emission of pollutants from idling vehicles, children are particularly at risk.

So much so, that a study has revealed that children walking along busy roads are exposed to a third more air pollution than adults.

The longstanding damage to children’s health and wellbeing can be severe. At an early age, it can affect lung growth, brain development, and increase the risk of respiratory conditions such as asthma, pneumonia, and bronchitis.

As many as 9 million children under 5 years old die each year from respiratory diseases all over the world.

Furthermore, air pollution affects everyone. Long-term and short-term exposure to air pollution can be harmful to human health. Heart disease, stroke, pneumonia, and lung disorders are just a few of the life-threatening illnesses that can be contracted as a result of poor air quality.

Outdoor air pollution is commonly released through burning fossil fuels. In 2018 alone, there were 9 million premature deaths because of exposure to fine particles and gaseous pollutants combustion. Heart attacks and strokes were among the common cause of death.

This clearly demonstrates that the decisions we make e.g. what type of car we drive, will influence how we protect our health in the future. But this isn’t an individual or group effort; it’s a global effort to break bad habits and make better decisions in order to live a healthy life. 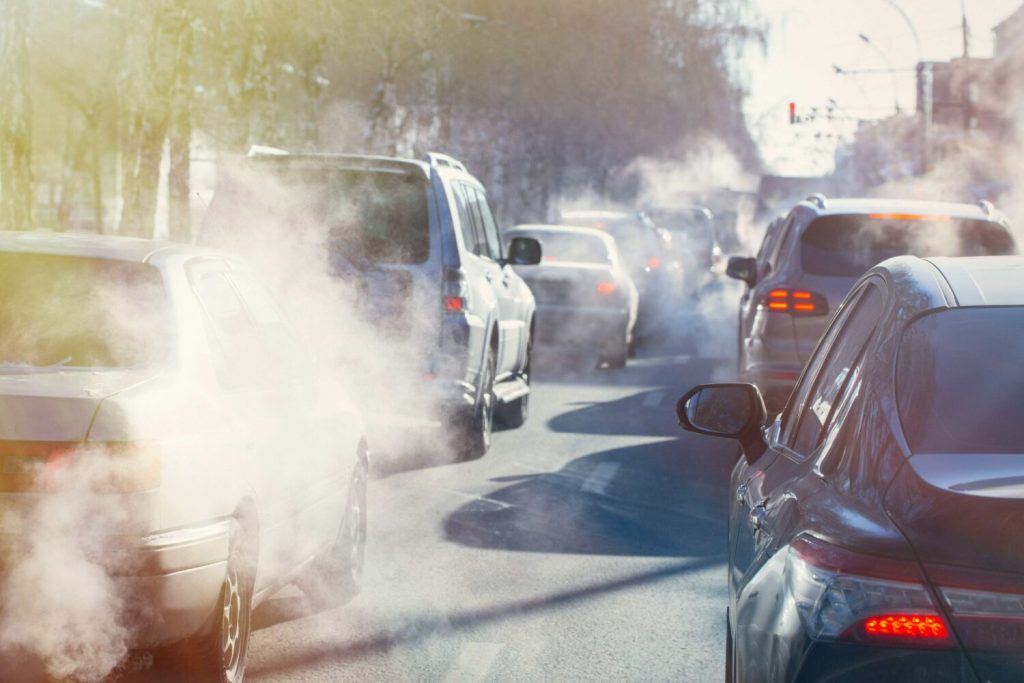 What can we do to tackle air pollution?

The evidence shows that the decisions we make e.g. what type of vehicle we drive, will influence how we protect our health in the future. But this isn’t an individual or group effort; it’s a global effort to break bad habits and make better decisions in order to live a healthy life.

As a company that supplies air quality monitoring services, we are passionate about raising public awareness around the impact air pollution is having on our health and the environment.

Yet there are many ways that each person can help reduce carbon emissions and make sure that the air we breathe is safe for everyone. Here are a few examples of what you can do:

In celebration of Clean Air Day 2022, we want to help you take steps to clean up the air and improve people’s health. 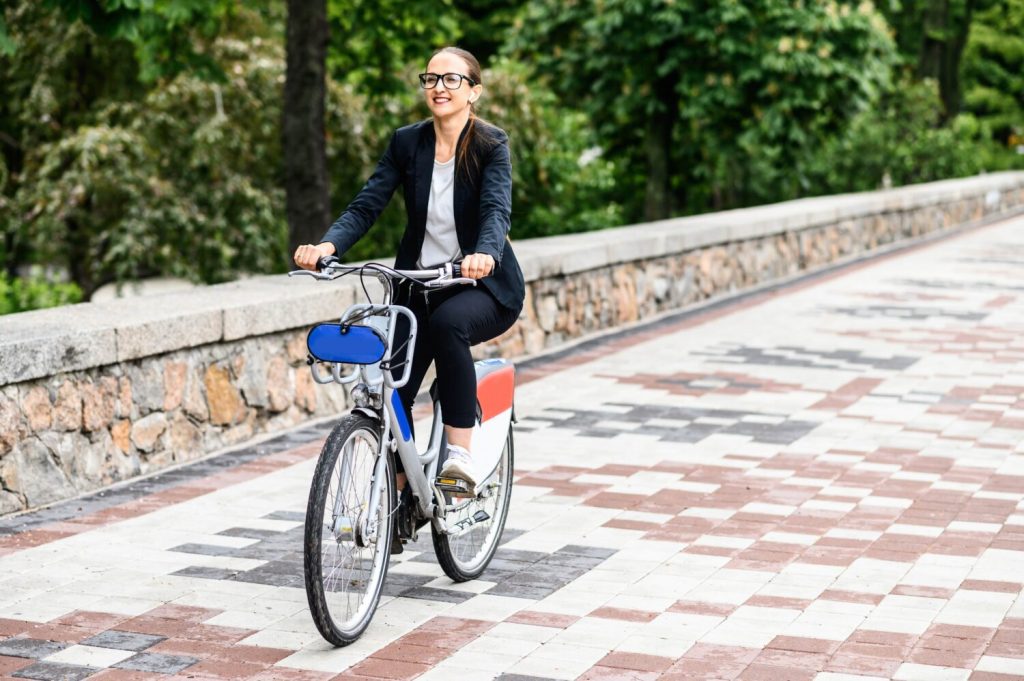 Worth up to £500 million in funding to 2030 for transport infrastructure to boost economic growth, the Greater Cambridge Partnership is the largest of several […]

How road transport has impacted our air quality

Road transport has contributed to a significant part of urban air pollution for years. But what have we learnt and how can we reduce the […]