The average driver in London spent 148 hours in traffic jams in 2021 – twice the national average, according to a new report by Inrix, a firm that analyses road traffic. These findings prompted a BBC story that attributed London’s new supposed status as the world’s most congested city to an increase in cycle lanes, implemented throughout the capital to maintain socially distanced travel during the pandemic. This analysis would seem to overlook the fact that congestion during 2021 was about the same as it was in 2019, before the pandemic.

To make sense of what is happening, we need to remember that the amount of time available to each of us constrains the amount we can travel. There are many things we need to fit into 24 hours, and on average, people spend just an hour on the move. This limits the build-up of congestion in cities.

Road traffic congestion happens when there is a high density of people and high car ownership and not enough road space for all the car trips that might be made. If traffic volumes grow for any reason, delays increase and some people who might otherwise drive make other choices instead. They might travel at a different time or take another route, use an alternative mode like the bus, change their destination and go to a different shopping centre, for example, or decide not to travel at all, by shopping online for instance.

If road space is taken away from cars to create cycle or bus lanes, then congestion will initially increase. But the additional delays will prompt some drivers to make other arrangements, and congestion will revert to what it had been.

The overall effect is to reduce the share of trips by car. This is what has been happening in London for many years as the population has grown and as there has been large investment in public transport. Private transport use fell from 48% in 2000 to 37% in 2019, while public transport use grew from 27% to 36% over the same period. Cycling increased from 1.2% to 2.4% while walking held steady at 25%.

The London mayor’s transport strategy aims to cut private transport use to 20% of all trips by 2041. This would probably diminish the total amount of traffic congestion, although not necessarily its intensity at peak times in the busiest areas.

The limits of cycle lanes

Creating cycles lanes reduces the space available for cars but does not get people out of cars. Copenhagen is a city famous for cycling, with 28% of journeys made by bike. Yet car traffic is only slightly less than in London. Aside from cycling, the other big difference is that public transport accounts for only half the proportion of trips compared with London. 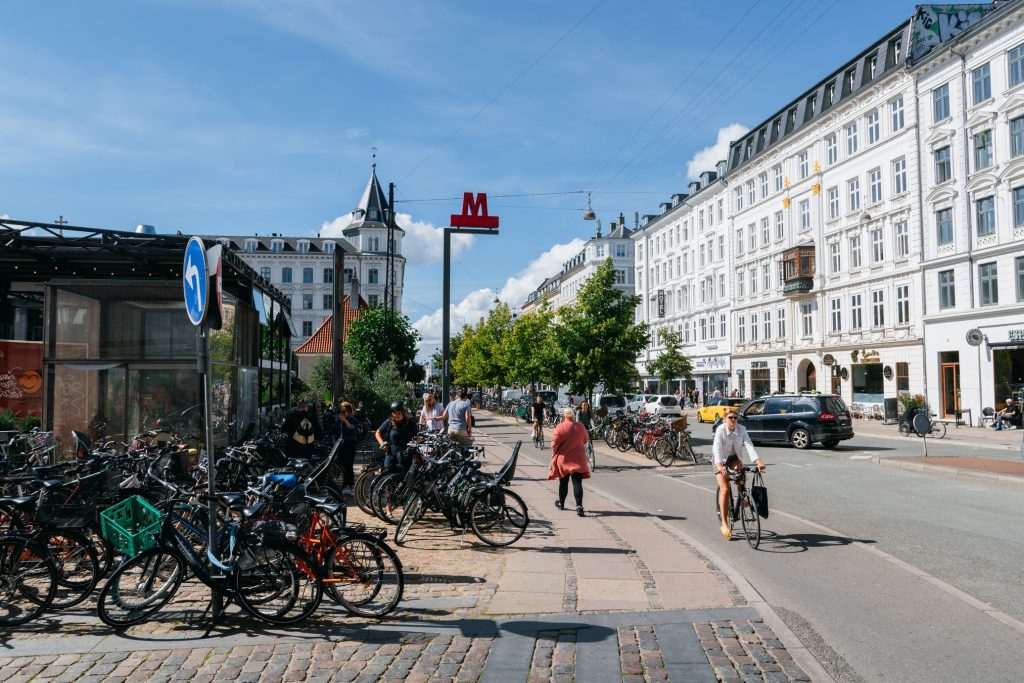 Copenhagen has some of the highest urban cycling rates in the world. Picture: https://unsplash.com/@kaip

The experience of Copenhagen shows that people can be persuaded off of buses and onto bikes, which are cheaper, healthier, better for the environment and no slower in congested traffic. Yet buses are an efficient way of using road space to move people in urban areas. Replacing their diesel engines with electric or hydrogen propulsion could cut carbon emissions, too. Getting drivers out of cars and onto bicycles has proved more difficult, even in Copenhagen, a small, flat city with excellent cycling infrastructure and a strong cycling culture.

Across a range of European cities, there are diverse patterns of journeys by different travel modes, reflecting the history, geography, size and population density of each place. But there are no major cities with high levels of both cycling and public transport. The prospects for a substantial increase in cycling in London are far from certain given the relatively high level of past public transport use. Still, the very act of creating cycle lanes reduces road space for cars, regardless of the extent to which these lanes are used.

COVID has had a major impact on public transport use in London, with bus and tube journeys still at 70-75% of pre-pandemic levels. The financial shortfall may mean Transport for London has to reduce services, unless the government offers more support. 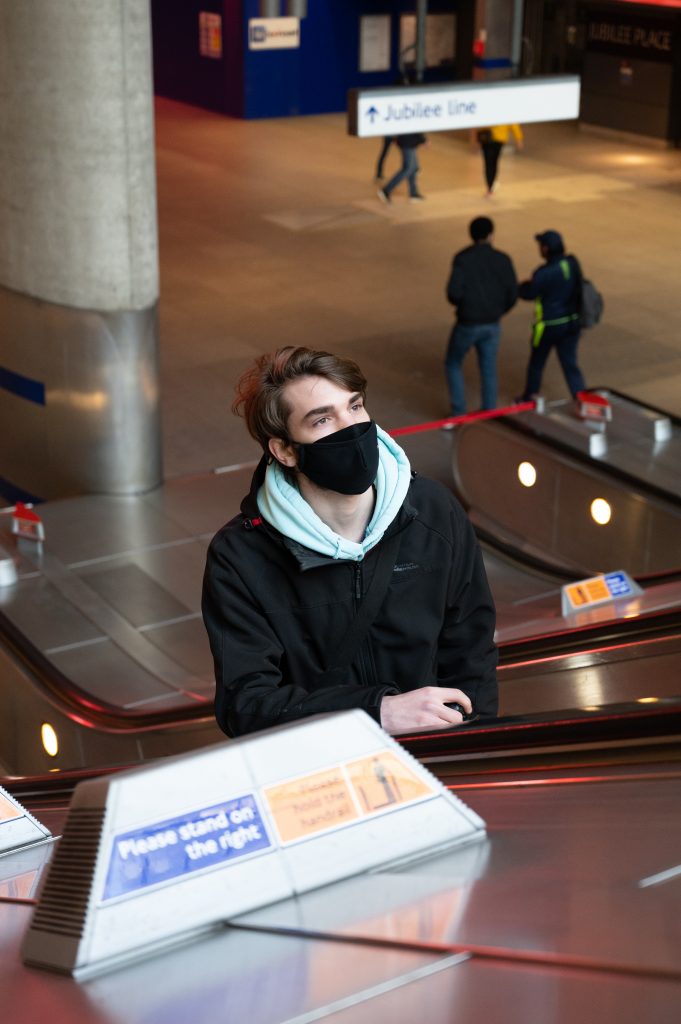 Public transport use may take a while to fully recover from the pandemic. Picture: https://unsplash.com/@itsharryshelton

Further investment in new rail routes, both tube and overground, would not be possible in these circumstances. Investment in cycling infrastructure would then make the most sense for reducing car use in London, both by encouraging cycling as an alternative and by lessening the scope for people to drive.

This article was originally published on 9th December 2021 by The Conversation, an independent source of news and views, sourced from the academic and research community.

Will MaaS replace private car use?

It is easy to forget that life without a car was actually considered the norm almost everywhere in the world, and, astoundingly, only a few […]

Sign up for free to receive straight into your inbox every 2 months, or raise your profile with a semi-exclusive Digest Sponsorship option!