Driverless cars and droids in Oxford: the future of transport

What will the roads of Oxford’s future look like?

Will we see self-driving cars going anywhere, anytime soon? By what date might cars powered by fossil fuels entirely disappear from roads? Might your car become a museum piece?

When we talk about technology, we think about novelty. But the future is with us a long time before we see a breakthrough – early cars were known as horseless carriages and electric cars have been here for more than a century.

Councils have a duty to make choices before the disruptions created by new types of transport can reverberate throughout our lives – the good, the bad, and the ugly. Last month, citizens on our independently-recruited Residents Panel were asked for their views about transport. The city council wants to be listening to people as we think about how we get around easily and sustainably, now and in the future. 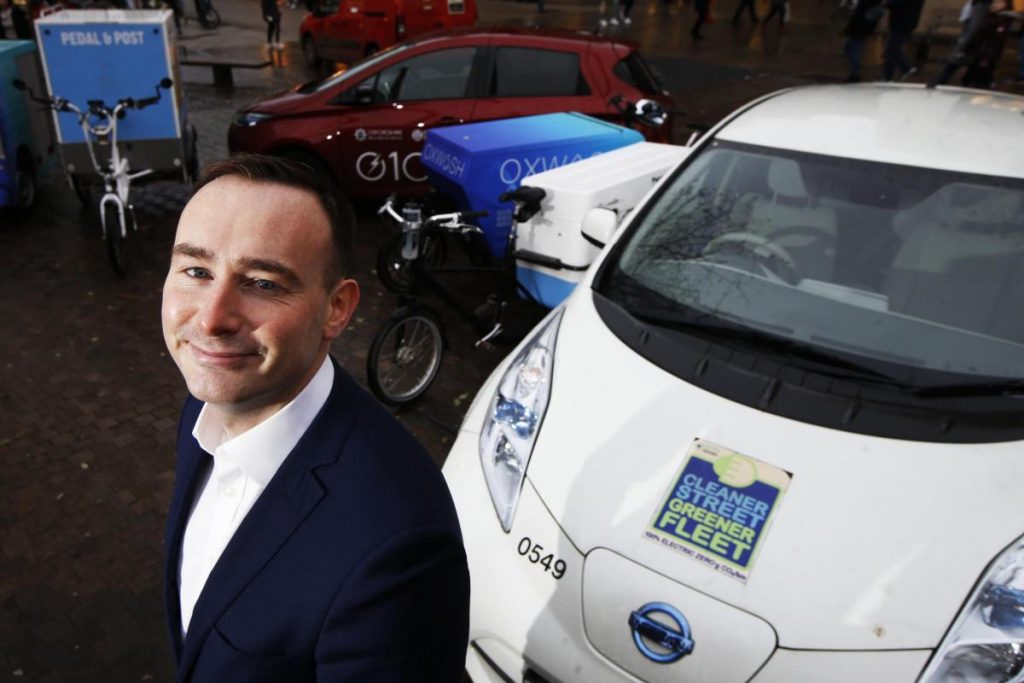 The city council is driving a zero emissions future. We’re the first UK council to set a tougher air quality target than the Government’s legal limit and later this year we’ll be introducing the UK’s first Zero Emission Zone in the city centre.

We need to ensure that the infrastructure is here to support this shift. We are bringing about the UK’s largest EV charging hub this year, which will include a minimum of 50-30 fast and 20 ultra-rapid chargers. We have trialled new charging technology such as pop-up chargers, chargers in residential areas for the benefit of the 40 per cent of residents who do not have off-street parking, and cable gullies to offer charging solutions to households without off-street charging.

Considering AVs are theoretical and elusive, with the small number of self-driving vehicles on our road today mostly test vehicles unavailable to the riding public, should we be surprised about the scepticism of the survey’s respondents?

AVs will change how we use our streets. To give a few examples, pedestrians will discover that AVs halt when they detect human movement and many will come to feel confident about crossing anywhere in the street. What will that mean for the smoothest flow of traffic through city centre streets?

AVs can drop you off, circle around the city, then come to pick you up whenever you want. If you thought Oxford’s narrow medieval streets were choking on congestion in a time of human-controlled cars, wait until somebody going to a meeting in the city centre tells their AV to drive around continually until they call for it.

Wider use of AVs could risk increasing traffic congestion by drawing people out of other types of transport into private car use. What will that mean for cycling which helps people to get around the city, but also enhances people’s physical health?

What will this mean for bus travel? Pooled shuttles might become more important in order to avoid single passenger AVs congesting our roads. Fixed schedule services should become a harder thing to sustain, with a move towards on-demand services. The park and ride could become more important: AVs could arrive at more P&Rs on the outskirts of the city, disembarking people to board shuttles waiting for them to head into the city. AVs could be communicating with P&Rs or even public shuttles, relegating waiting around to the history books and ensuring non-stop journeys.

Thinking about Oxford in five years’ time, we asked about how citizens expect to receive home delivery of groceries and parcels: 44 per cent of residents saw a continuation of today’s model of a dedicated delivery person typically using a van, 10 per cent imagined autonomous ground vehicles with lockers, six per cent considered autonomous aircrafts or drones, and a further six per cent imagined ground delivery droids. Excitingly for meeting the needs of the here and now, 35 per cent said that home delivery of groceries and parcels (so, not takeaways) would involve bike couriers.

How society draws the balance will depend partly on how councils keep ahead of rapidly changing technologies.

This blog also recently featured in the Oxford Mail.