Tackling the lack of access to transport for people living in peri-urban areas is an important transport challenge, not only as a matter of equity but also because their car-dependency threatens urban transport provision.

One of the suggested tools for network improvement (with the potential for cost-effective service development) was on-demand buses. And, analysis suggests, the greater part of Bus Service Improvement Plans and Enhanced Partnerships do indeed place at least some reliance on demand responsive bus services.

However, to date, the UK experience of dynamic demand responsive transport (also known as DDRT and DRT)  has been ‘patchy’ at best. Trial services have been launched amid fanfares and then been quietly withdrawn (with the occasional messy implosion). Whilst ‘fitting demand to vehicles’ sounds like an efficiency no-brainer, the reality of doing this within an already limited bus network has not provided fantastic returns. Does this meant that DDRT is doomed?

THE EXAMPLE OF ORLÉANS

In France, the city of Orléans has been piloting DRT since 2018. Rather than the stop start approach we have seen in the UK, this has involved a gradual increase in size and scale over the last 4 years.

The initial pilot in 2018 converted a legacy ‘dial-a-ride’ style system to a modern DDRT platform run by Padam Mobility. The previous scheme had been complicated to book, with strict advance booking deadlines and little real time information about the bus arrival times.  The April 2018 pilot covered an area of north east Orléans, which piloted DRT bookable via app or call centre, with the back office systems and data analysis ensuring that the service was efficiently run and monitored. Real-time bus information enabled users to book transport at short notice, and uptake of the app increased, enabling call centres to give a better service to passengers booking by phone.

As the technology was proven, the areas served were expanded. Firstly in September 2019 it was expanded to 9 areas which almost encircled the city, and then again in 2021 the areas were adjusted to cover a population of over 95,000 people and an area of 161 km2. The service comprised 19 vehicles that offered connections within the areas and to rapid transit nodes, allowing people to travel into central Orleans from 6.00 am to 9.00 pm. 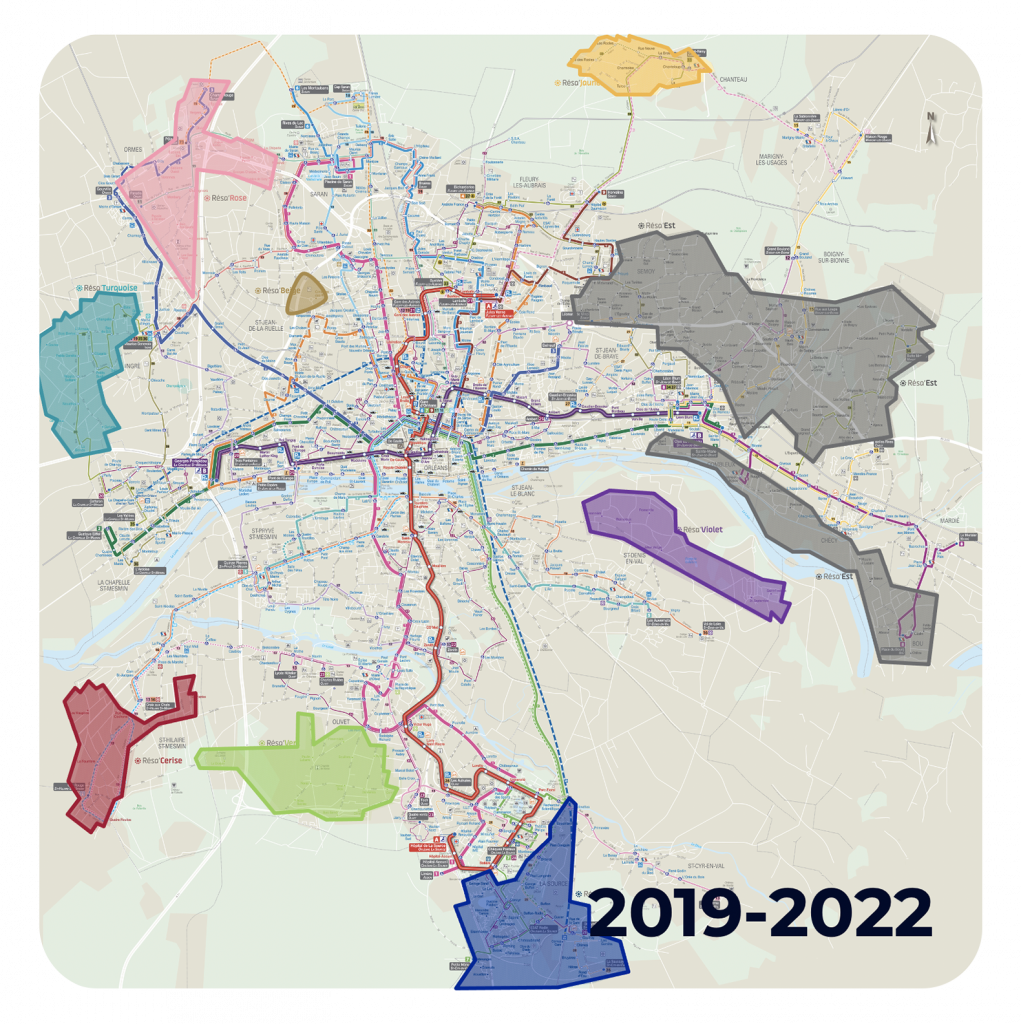 A further expansion brought the area covered up to 300km2 and the population to 175,000. The number of vehicles was doubled to 40.

Whilst the service area and population was not quite doubled, the numbers of people travelling per week almost tripled from 2,900 to 8,500. Padam claims that 33% of its passengers have switched from private cars, while 19% had no access to transport.

The city authorities, having committed to ensuring that people have access to public transport even in the outskirts of the city, were seeing the costs per person travelling falling satisfactorily. More people were travelling without requiring additional subsidy.

A ROLE MODEL FOR THE UK?

It’s instructive to compare the layout of a city like Orléans (pop. 116,000) with UK towns and cities. Oxford (pop. 150,000) has similar settlement patterns, with a densely-populated centre and good local and national transport links, but poorly-served outlying communities with infrequent public transport connections.

Bolton (pop. 194,000) is part of the Greater Manchester area and there are significant numbers of residents who commute to Manchester for work and leisure. As with Orléans, public transport provides connections to a tram system and national networks. Yet despite falling within the Transport for Greater Manchester area, there are many parts of Bolton which are virtual public transport deserts. A DRT system would offer alternative transport options for these areas and reduce the pressure on Manchester’s road networks caused by car commutes.

French authorities have the advantage in that they are able to oversee the network and make decisions about which areas are better served by DRT and which by fixed lines, tram and train. However, Enhanced Partnerships and Franchising mean that we have the opportunity to change the way we do things. Whilst the corridor model and peak time reliance have served profitability, we can now look at how to connect those who live off the corridors to the network using the full panoply of available services and technology.

This article was written by mobility expert and consultant, Beate Kubitz, and is the latest in a series of Blogs from DRT solutions innovator, Padam Mobility. Visit Beate’s website by clicking here.

How road transport has impacted our air quality

Road transport has contributed to a significant part of urban air pollution for years. But what have we learnt and how can we reduce the […]

Sign up for free to receive straight into your inbox every 2 months, or raise your profile with a semi-exclusive Digest Sponsorship option!