The short answer is no – but that statement is immediately followed by an important but.

As a result of worldwide COVID-19 restrictions and lockdowns, global greenhouse gas (GHG) emissions did indeed fall by between 4.2% and 7.5%, depending on how you measure them. Unfortunately, this decrease wasn’t the pandemic’s secret silver lining, as some have wanted to make of it.

As the World Meteorological Organization (WMO) told The Guardian, “this was a ‘tiny blip’ in the continuous buildup of greenhouse gases in the air caused by human activities, and less than the natural variation seen year to year.” One analogy for the COVID emissions dip was that the bath was still filling with water but that the flow had slightly reduced. Nevertheless, the bath was still filling up at a rate that would cause a serious problem unless addressed.

As discouraging as this news might be to people looking for some good climate news, the WMO’s State of the Global Climate report is even more sobering. The WMO uses seven climate indicators to give a broad view of the global climate, and the level of GHG emissions is only one of them. The others are temperature, ocean heat, sea level, glacial mass, sea ice, and ocean acidification.

However, the level of GHG emissions has a special role to play, as the leading cause of changes in the other six indicators. “Increasing levels of greenhouse gases in the atmosphere due to human activities are a major driver of climate change,” the WMO states bluntly.

Most of the “COVID emissions dip” can be attributed to the temporary decrease in automobile traffic on the one hand and the temporary slowdown in industrial activities on the other. Emphasis on “temporary”: because as soon as pandemic restrictions are lifted, GHG emissions rebound. As The New York Times reported in June 2020, climate experts say that “the trajectory of global emissions in the years ahead is likely to be heavily influenced by the stimulus measures that countries enact as they seek to revive their economies.” Clearly, there is much work to be done in order to cut global emissions permanently. 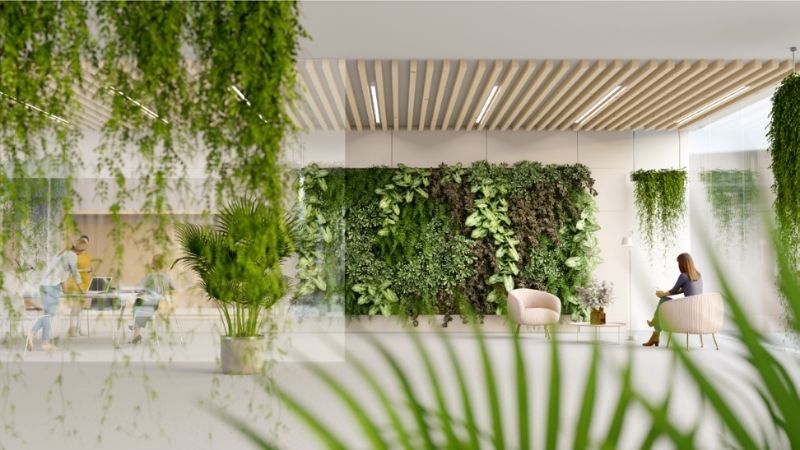 One way to help do that is to reconceive the built environment with the goal of achieving sustainability. Internet of Things (IoT) technology is increasingly giving us the tools to do just that. The IoT is laying the foundation for an entirely new conception of how to build, operate, and maintain urban centers and the structures that comprise them. With the European Green Deal and similar climate-neutral programs in other parts of the world, the year 2021 may well be the year that smart city and smart building approaches become the rule rather than the exception.

For more details, read this article on some smart approaches that can help end the emissions crisis, using Interact, Signify’s connected lighting software and systems for the IoT.

Underground, overground, carbon free. The future of transport is soon to be.

For those based in the UK and over forty years old, you probably read the article’s title with a particular theme tune running through your […]

Global climate, economic and social crises present an imminent and unprecedented threat to our towns and cities. But with every challenge comes the opportunity to […]

Back on June 17th, we hosted EMISSIONS & AIR QUALITY Smart Class, North 2022 at The Carriageworks Theatre, Leeds. If you missed any of the subsequent […]

On September 9th we will be casting a spotlight over the North of England, hosting our speakers discussions on how the latest digital innovations can help overcome the transport and mobility challenges faced by city-regions of the Northern Powerhouse and beyond.