Decarbonising the global economy is a significant challenge. To meet this challenge, it is vital to continuously strengthen the integration of renewable energies in the development of industrial mobility infrastructures. A case in point is hydrogen produced from renewable energy. 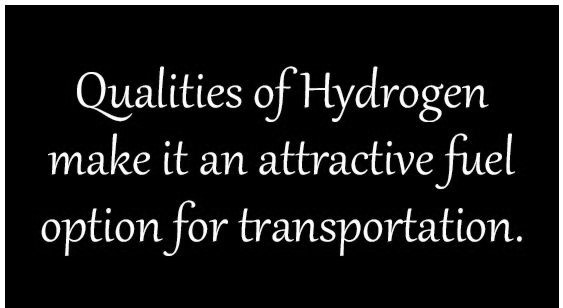 Hydrogen is the most common component of the universe. Hydrogen is present in all hydrocarbons and is the primary component of petroleum products and natural gas. Hydrogen on its own has the potential to be an alternative to hydrocarbons as an energy source. It is light, can be stored, energy-efficient and does not emit any direct pollutants or greenhouse gases. These qualities make it a valuable fuel option for transport and other energy applications.

Hydrogen can be produced from a variety of sources, such as natural gas, nuclear energy, biomass and renewables, such as solar and wind energy. However, to limit climate change due to the global increase in CO2 emissions, cost-effective solutions must be found to produce hydrogen using a carbon-neutral method and using renewable energy sources. A study by International Energy Agency (IEA) in 2018 had highlighted that it was then the right time to scale up technologies to bring production costs of hydrogen down to see as an alternative fuel. Now in 2021, Hydrogen as clean energy is enjoying good political and business response, this is evident from the number of positive policies shifts and projects in progress around the world.

Hydrogen as a fuel has a long history of over 200 years from the earliest internal combustion engines. Historically, the use of hydrogen was very limited to industries like petroleum refining, ammonia production, methanol production and steel production. As a result of pressure on the industry to find alternative fuel sources to meet climate change targets, Hydrogen is finding its way into sectors such as buildings, transport and electricity production, but its use remains very limited. Governments and industry, in general, need to give greater support to the use of hydrogen in sectors where it is underutilized. 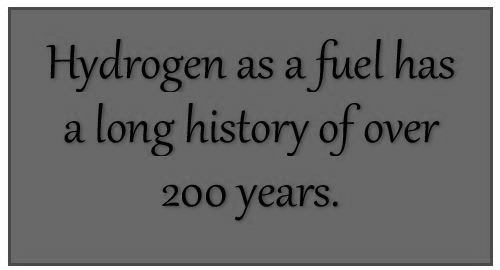 Hydrogen has been used in industries since 1975 and its use has increased considerably over the last twenty years. Most of the hydrogen supplied to these industries comes from fossil fuels, such as natural gas and coal. However, this trend is slowly shifting with the use of renewable energy to electrolyse water to produce hydrogen.

According to the IEA, a record number of electrolysis capacities have become operational over the past two years and many major announcements have been made by governments and businesses for future plans. The market for hydrogen fuel cell cars also experienced significant growth as a result of major investments in China, Japan and Korea. However, sustainably producing hydrogen remains a major challenge. More needs to be done, global energy entrepreneurs and governments need to work together to develop leading-edge technologies to increase sustainable production and reduce costs.

An electrolyser device currently requires about 48 kWh to generate one kilo of hydrogen (US Department of Energy). Considering that the average cost of electricity (Industrial Use) in the UK is 11.99p/kWh (Department for Business, Energy & Industrial Strategy, December 2020), the cost of generating one kilogram of hydrogen will be £5.75. Also, the capital costs of an electrolysis facility can be enormous and, for small business, they can become the key cost factor. More research and development in this sector are necessary to reduce capital costs.

Over the decade, installed electrolyser capacity has grown from less than 1 MW to more than 25 MW by 2019 (IEA Hydrogen Project Database). A 10MW electrolyser is currently in service in Japan and the largest 20MW electrolyser is being built in Canada. Many more are planned to be installed around the world, the future of hydrogen seems positive, but is the electricity grid prepared to support these installations?

A broad range of new and sustainable technologies are being developed and tested for hydrogen production. Alkaline electrolysers are the most mature electrolytic technology and are in use. Another technology, Polymer Electrolyte Membrane (PEM) is being used for new projects. They are at earlier stages of development than alkaline electrolysers, but they provide more flexibility and are compatible with the variable nature of renewable energy. The most recent technologies tested are high-efficiency solid oxide electrolysers (SOEs), they are highly efficient and produce synthetic hydrocarbons. However, despite these changes, much remains to be done to make hydrogen fuel of choice. 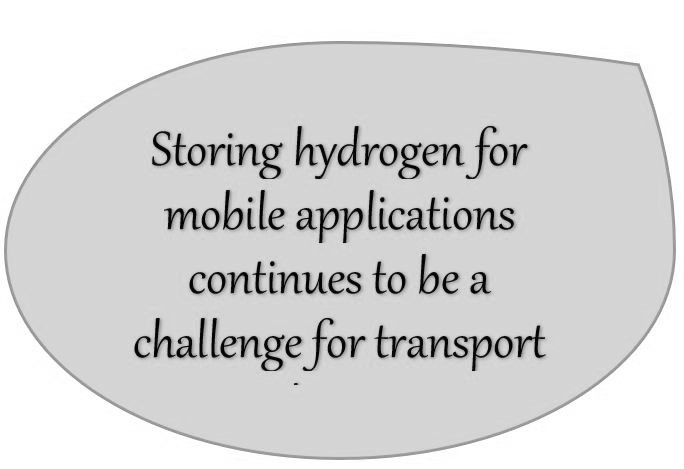 Another impediment to the growth of the hydrogen economy is the storage and transportation of hydrogen. Hydrogen storage is an essential technology to advance the use of hydrogen in fuel cell technologies and transport applications. Relative to other fuels, hydrogen has the greatest mass energy. However, its low room temperature density leads to low energy per unit volume. This requires the development of new storage methods with the potential for higher energy density.

Hydrogen can be stored as a gas in high-pressure tanks at 350 to 700 bar pressure or as a liquid at a cryogenic temperature of 252.8°C. Hydrogen may also be stored at the surface of solids or within solids.

Storing hydrogen for mobile applications continues to be a challenge for transport applications. This is less of a concern for stationary applications, where the footprint of compressed gas reservoirs may be less critical. Fuel cell vehicles need sufficient hydrogen to fuel the vehicle for more than 300 miles with the capability to refuel. Most current fuel cell vehicles are fuelled by compressed gas stored in high-pressure tanks. Volume is not a major issue for larger vehicles, but hydrogen storage for compact vehicles remains a challenge.

Hydrogen to become a fuel of choice will require an infrastructure, where hydrogen can be delivered cost-effectively and reliably from the production site to the end-user. This means an infrastructure of pipelines, trucks, storage facilities, compressors, and distributors similar to what Oil & Gas currently has.

Hydrogen gas can be transported by pipeline similar to natural gas today. Pipeline transportation of hydrogen gas is a low-cost option, but high initial capital costs could be a major barrier to expanding the hydrogen distribution infrastructure. Possible solutions could be to modify the natural gas distribution infrastructure to integrate hydrogen. 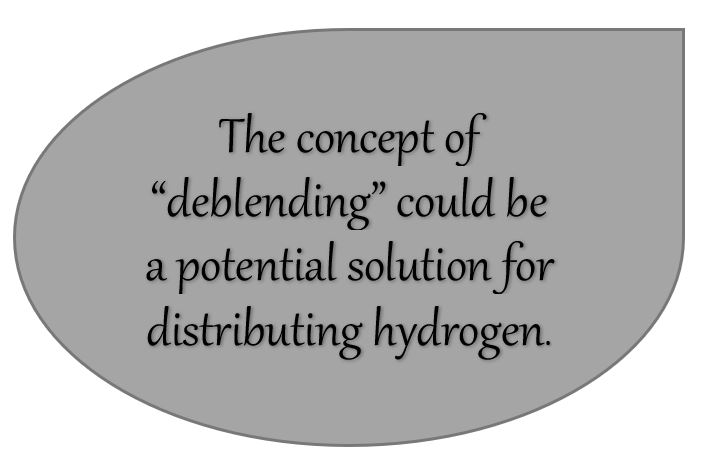 A recent study by key industry organizations proposed the concept of “deblending” could be a potential solution for distributing hydrogen from the source to the end-user. This model proposes to transport hydrogen and natural gas together through the gas grid and then deblended/separate them to meet the different needs of consumers. This could be another way of providing hydrogen for those in need. 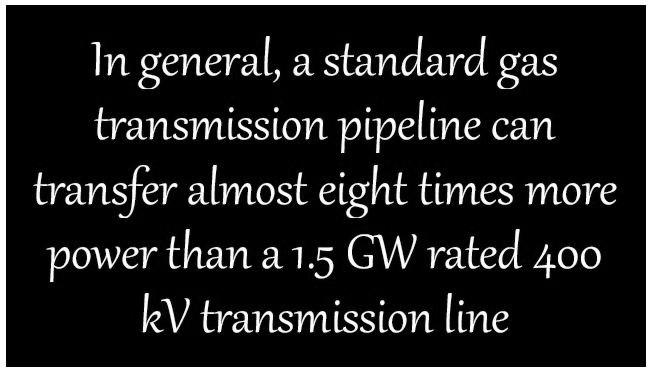 The electricity grid is the backbone of sustainable energy transmission in countries. It is subsequently backed by the gas network. In general, a standard gas transmission pipeline can transfer almost eight times more power than a 1.5 GW rated 400 kV transmission line, at a significantly lower cost (Siemens-Energy Article). But it will be interesting to understand the investment that will be needed to modify the existing gas infrastructure to support hydrogen.

The EU and the UK have a well-developed network of gas transmission and distribution systems, over 4600miles of High-Pressure Transmission mains and over 600 above ground installations in the UK. Reusing this network to supply hydrogen could be the quickest and most cost-effective way to boost hydrogen as an alternative energy source. National Grid, UK recently issued a press release and it is understood that the transmission operator is exploring the possibilities of repurposing around 25% of the current gas transmission pipelines for Hydrogen with an investment plan of £1 billion. This will be a significant step towards supporting a hydrogen economy. If such reconversion is possible in the UK, there is no reason why it should not be replicated in other countries with adequate gas infrastructure. This could make a difference when it comes to sustainable energy supply at a reasonable cost.

The transition to hydrogen will not only support those industries directly involved in the production and transport of hydrogen, but it will also help the struggling oil and gas supply chain rebuild itself by supporting new green technology.

Investments in hydrogen technology will not only help governments achieve their net-zero objectives, but it will also create a path to economic recovery after the challenging global environment because of the pandemic while maintaining leadership in global climate change.

Note: Originally published on Abhijeet’s blog site, The Sostenible, this article is not to provide any guidance or to suggest any particular technology or system. Any views or opinion reflected are the author’s personal views/opinion.

How and where can cities accelerate innovation as an economic development strategy? In recent decades, many urban leaders attempted to answer this question through investments […]